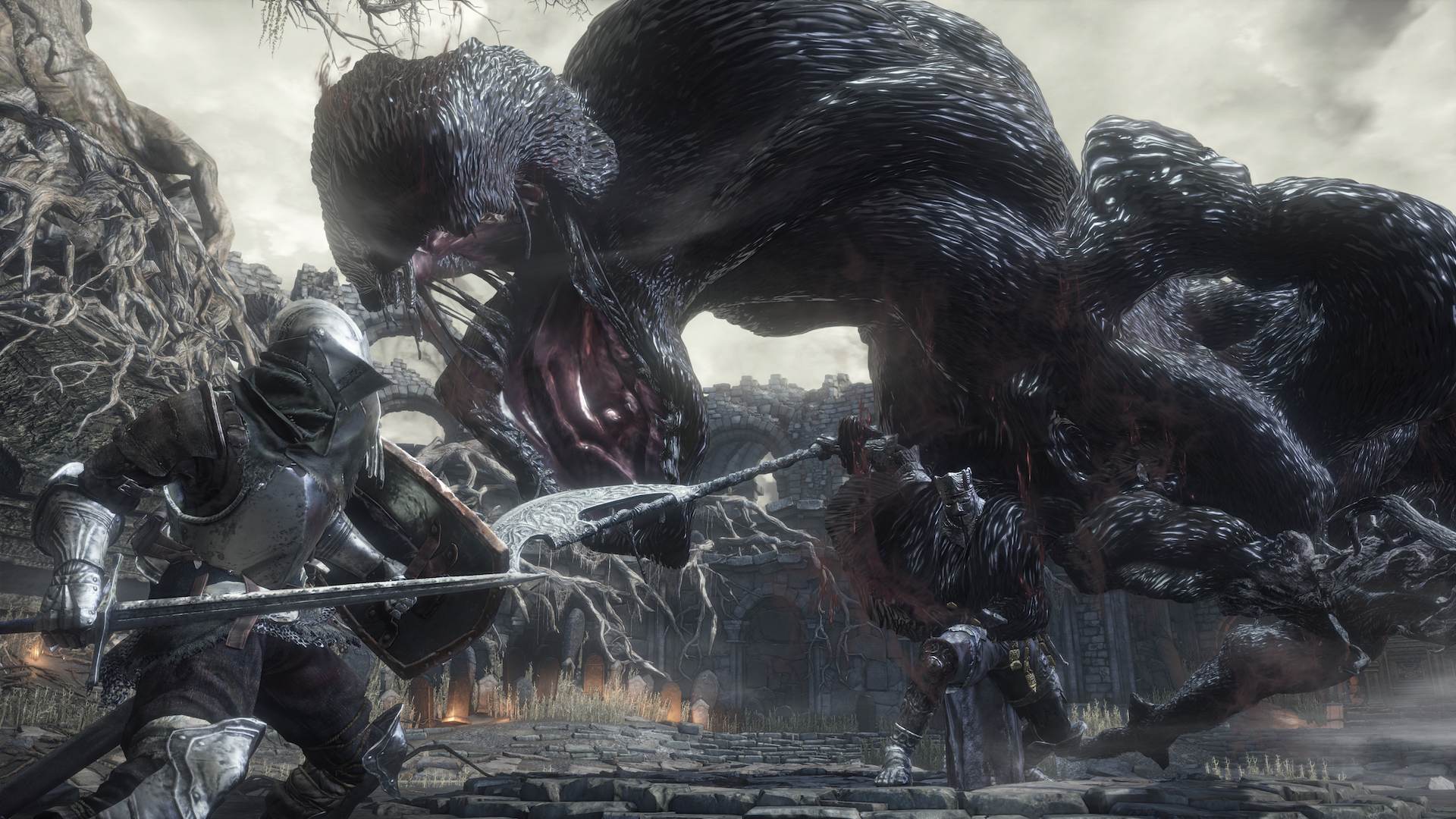 This was not in the predictable, ‘It was too difficult’ sense. The Dark Souls games (and their ‘sister’ game Bloodborne) are ferociously exacting in terms of gameplay and difficulty, but I didn’t give up part way through Dark Souls III. I ‘summoned in’ help frequently, using the online cooperative play that makes Souls games a weirdly honourable and fun place to be (especially for such bleak, punishing environments), and I didn’t actually make it through a single boss on my own, but I still battled my way through the entirety of the base game of Dark Souls III, and had an excellent, thrilling time.

And then I stopped. And I haven’t really started again. It was while I was playing Dark Souls III that it really hit me how addicted I sometimes get to computer games. It’s understandable why they can offer such an escape from the real world when life is full of stress and long-term complications that aren’t easily solved. Games can give you easily quantifiable goals, with concrete rewards – gameplay loops that reinforce your urge to keep going, to solve problems, to get past that puzzle or to defeat that boss. Games have helped me a lot at times – my girlfriend’s two-week hospital stay in October 2016 (thanks to a nasty bout of appendicitis) was made more bearable by spending much of my free time burying myself in the game Middle Earth: Shadow of Mordor, running around leaping off high buildings and killing Orcs by the barrel-load. But suddenly, I could feel how much I needed that regular sense of reinforcement, that sense of achievement, especially in a game like Dark Souls, where exploration, puzzle-solving and combat are all mixed together into a heady stew.

So I stopped. And despite a number of times when I’ve been tempted, I still haven’t properly picked up another game, after almost three months. I’ve been recently much more aware of my use of time, and I’ve been trying to organise myself better, to use the time that I have available in a better way. I want to get more done, I want to achieve things in life – and buying another massive computer game like, say, Horizon: Zero Dawn feels like too much of a time sink in terms of commitment. I’ve regularly gone through phases and obsessions before, but never one that’s ended quite so abruptly, and never one that I’ve felt so reticent and tentative about starting again. I’m not saying that I’m turning my back on games, or selling my PS4 – I still like knowing that I have the opportunity to play if I want to. And I may play some gentle, casual stuff that doesn’t eat massive chunks of my life. But for now, I think I’m going to be keeping my distance from games, at the least until my life is a little less crazy.